Home » Articles From The Community » The Eel-Catcher’s Travels: Robert Seeley 1602-1667

Robert Seeley (1602-1667), one of the founders of Wethersfield, left no written records of his own from which today we can judge his character and personality, but from his life we can infer a number of attributes.  He was family-loving, religious, open-minded and curious about his world, civic-minded,  unafraid of hard work, adventurous and interested in travel onwards to new and back to old places.

Does he sound like other early colonists?  Yes, he was typical of many of our ancestors, an intrepid breed who came adventurously from a settled, familiar area to an unknown, possibly dangerous, place with many possibilities.

Robert’s first foray from the relatively isolated, quiet fen country of East Anglia where he was born and caught eels for a living, was to nearby Cambridge where he sold the eels and where he heard University students talk of strange and interesting things. 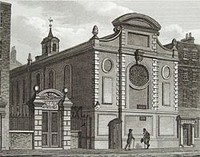 Later he went to London, a bustling and sophisticated place where there was an unending number of things to hear and see.  Living there for seven years, his curiosity gained him much, including interest in the Puritan ideas of Saint Stephen Coleman Street Church, so different from the Church of England and the splendid Ely Cathedral of his growing up.

This prompted his decision to join the Winthrop Fleet of Puritans going to America, where they could practice their own brand of religion. The Reverend John Davenport of St. Stephen did not join members of his congregation in this Great Migration, but promised to come to them later.

Family-oriented, Robert also wanted the best future for his young son Nathaniel and came to believe it was to be in the New World, rather than the Old, and his wife Mary agreed.  Feeling sure that he would never see them again, he bade a reluctant farewell to his mother and brother, who, without his vision, remained in the “home place” of the fens, and Robert and his little family joined the large group sailing to America.

Watertown in the Massachusetts Bay Colony was the Seeleys’ first settlement, after landing at Salem, and they lived there for four years. The wilderness was a challenge, and Robert helped to lay out the town and joined the militia. Understandably, in time they began to chafe under the ever more confining religious strictures there and decided to leave the Bay Colony for Connecticut, farther away from Governor Winthrop’s theological sway.

In 1634 Robert joined John Oldham and others in the search for a location for a new settlement up the Connecticut River where it was still navigable for small boats.  This became Wethersfield, his second home in New England, though his family was not with him during the first, desperately cold winter when the little settlement barely hung on until the spring thaw when ships could sail upriver with much needed supplies.

Wethersfield grew and prospered and the Seeleys with it.  There were fertile fields for cultivation nearby, marsh hay was plentiful, forests provided needed timber for expanded building, and the local Indians were friendly and helpful. Again Robert helped lay out a town and joined the militia. Friends from Watertown moved there also as Wethersfield began to flourish.  However, the former friendly Indians became angered by Dutch and English encroachments on their territory and war broke out between them and the settlers.  With Mary and Nathaniel safe in fortified Saybrook like other women and children from Wethersfield, Robert participated in the ensuing Pequot War as a Lieutenant in the militia, and was wounded by an Indian arrow that left a permanent scar.

However, that was not the reason he next decided to move his family. They were happy and busy in a Wethersfield that had become safe again, and might likely have remained there but for the coming of the Reverend John Davenport, Robert and Mary’s pastor and mentor from Saint Stephen Coleman Street. Church. 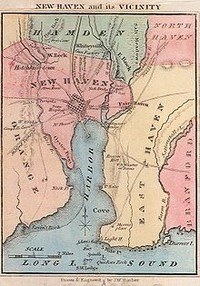 He brought a large group of followers and soon began acquiring land for what was to become New Haven.  The Seeleys had long awaited his earlier promise to leave England for America, so they reluctantly left Wethersfield to join their old friend.

Robert laid out lots in a new town and again he joined the militia there. And again his wife and son had to start anew.  But this proved to be a good move for the Seeleys,  for they lived there happily for about nine years, until Mary Seeley had died and son Nathaniel was grown. Still restless, Robert made later moves to Fairfield, Connecticut, Huntington, Long Island and New York City.  In each place he contributed his site-planning and growing militia expertise, and left his mark on the community.

But most fascinating is that during this later period in his life he made two trips “back home” to England, once taking Nathaniel with him.  Robert always considered himself an Englishman, and needed to see his “home place”, his left-behind family and changing politics there again.  The long and dangerous trips back across the Atlantic in tiny sailing vessels were made more often than our American history books have led us to believe.  All colonists did not stay put once they arrived on these shores, for many had family and business interests that called them back to the mother country.

In his sixties Robert married again, but died shortly thereafter. He left behind one son and an increasing family of grandchildren who have multiplied all over the United States, and a legacy of adventure, hard work and vision in helping to found three cities in New England.

Many of us today have ancestors like Robert whose hard work and indomitable spirit have made this country the wonderful “home place” we now call our own.

AUTHOR’S NOTE:  Since I moved to a splendid retirement home in North Carolina six years ago, I have serendipitously made connections here with three other descendants of Winthrop Fleet passengers. Two of them had forbears who also settled in Watertown.  But, amazingly, one of these was Nathaniel Foote, who, on an old map of Wethersfield, lived only three houses away from Robert Seeley!  It seems incredible that my ancestor and those of my new friends, eleven or twelve generations ago knew and interacted with each other on a daily basis!

This article is an edited excerpt from the book “The Eel Catcher’s Travels” by Carol Seeley Scott, published by Xlibris.

The Winthrop Fleet was a group of eleven sailing ships under the leadership of John Winthrop  that carried approximately 700 Puritans  plus livestock and provisions from England to New England over the summer of 1630.  The flow of Puritans to New England continued for another ten years, during a period known as the Great Migration.

About the Author: Carol Seeley Scott