Home » Articles From The Community » Who was Charles Wright?

Who was Charles Wright that a school is named for him? 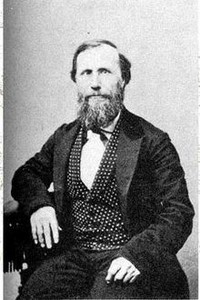 His portrait hangs in the lobby, but his distinguished life isn’t told here.

Charles Wright was born on Jordan Lane in 1811, in a large Georgian house since demolished, just east of what is now the overpass.  He was the son of James and Mary (Goodrich) Wright.  His father was a farmer.  His mother was a daughter of a family with money and influence.

After completing study at the Wethersfield Grammar School in 1831 he entered Yale, where he graduated as a Phi Beta Kappa in 1835.

At first he tutored the children of a Natchez, Louisiana, sugar planter whose business failed in the panic of 1837.  But his love for botany had blossomed and he moved on to Texas, New Mexico and Arizona, teaching and surveying the boundary between the United States and Mexico.

Throughout his travels he kept up a 40-year correspondence with Professor Asa Gray of Harvard who was one of the world’s most distinguished botanists.  That ultimately led to the publication of Mr. Wright’s botanical discoveries.

He traveled with troops moving across the Rio Grande valley to El Paso in the spring of 1849, walking the 673 miles to El Paso.  He wrote that he would ‘sleep all night if you can in the rain and walk twelve to twenty-five miles next day in the mud and then dry a huge package of soaked plants by the heat of the clouds.”  Despite the hardships, the collections he sent to Professor Gray included 1,400 species.

He joined a Northern pacific exploring expedition as a botanist in 1853, and visited Madeira, the cape Verde islands, the Cape of Good Hope, Australia, Hong Kong, the Japanese coast, the Bering Straits, and the California coast.  He returned home to Wethersfield via Nicaragua, and after a break in Wethersfield and Cambridge, in 1856 he began 11 years of botanical exploration in Cuba in 1856.

Mr. Wright, who never married, spent his last days in Wethersfield with his brother and sisters, all also unmarried.  He died here on Aug. 11, 1885, of a heart ailment dating back to his years in Cuba.

Because of his numerous contributions to botany, many plant species and cacti are named in his honor.  Upon his death Professor Gray eulogized him noting that he had accomplished “a great amount of useful and excellent work for botany in the pure and simple love of it.  Very few have done so much in various quarters of the world, and hardly any collectors have been more helpful to the botanists of this generation.” 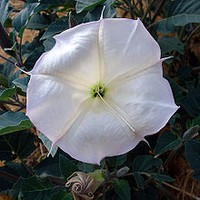 This information about Charles Wright was gathered from Nora Howard’s “Stories of Wethersfield” and from “The Handbook of Texas Online.”

Reprinted with permission from Wethersfield Life.

About the Author: Joyce Rossignol