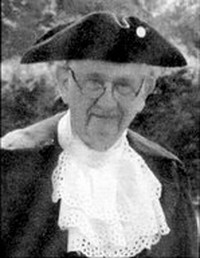 Wesley
R. Christensen was a son of Michigan. He knew that John Adams and victories in the War of 1812 secured the territory for our young nation. The landmark Northwest Ordinance of 1787 guaranteed freedom of religion, trial by jury, public education and banishment of slavery as asserted rights of its people. These principles were not achieved until the Civil War, which coincidentally, served to be Wes’s lifelong passion.

Wes graduated from Western Michigan University, where he met his wife Jane, after serving in the U.S. Army during the Korean War. He came to Connecticut to work as an actuary at Aetna Life and Casualty, his employer until retirement in 1992. Wethersfield became home to Wes and Jane’s family.

A consummate professional, Wes was equally committed to civic volunteerism – church, town governance, public television, charities, and importantly to us, the Wethersfield Historical Society. He served the society for well over a decade as full-time volunteer. Wes was a man for all seasons, and a raconteur known for his playful jibes and irascible charm. He answered research requests, oversaw aspects of financial and business operations, served as Old Academy receptionist, and became a colonial reenactor when needed. 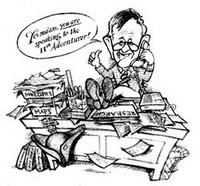 The Civil War held primacy among Wes’s historical interests. Visiting every major Civil War battlefield suited his love of travel. A description of the Civil War experiences of the boys from Wethersfield was nearly finished when illness intervened. His wish was that the story be told.