Home » Articles From The Community » History of Public Libraries in Wethersfield

In March, 1783 the town’s first library was established by: Mr. Ezekiel Williams, schoolmaster; Mr. Joseph Webb and Col. John Chester, business men; and Senator Stephen Mix Mitchell, Judge of the Superior Court and about 60 others.  It was called the Union Society Library. 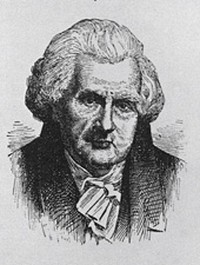 It was a subscription library and cost 20 shillings for the initial subscription and 40 shillings for annual dues.  Applicants could be refused by the directors but could appeal to the membership at large.  The “Executive Committee” of Colonel John Broome, Dr. Josiah Hart and Mr. Ezekiel Williams – Treasurer, first ran the library.  It was open two hours every other Saturday.  One could borrow large books (folios) for 8 weeks or small books (duodecimos) for 4 weeks.  With permission from 3 directors fast readers could borrow two folios or 4 duodecimos for a period of four weeks.

According to the records of the High Street School district the 400 volumes of the Union Society Library were housed in the upper room of its schoolhouse; a white wooden building south and east of a later brick structure.  In 1798 the library was moved to the recently completed Academy Hall (this is not what we know as the Academy Building).  Almost all books in the collection were about religion and philosophy. 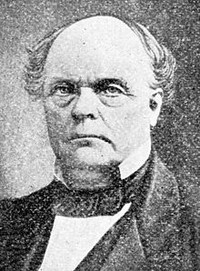 Interest lagged until in 1850 the Union Society Library closed and the books were sold at auction.  Then in 1866 Mr. Chauncey Rose of Terre Haute, Indiana, formerly a Wethersfield resident, offered the recently formed Wethersfield Library Society $2,500 if the Town would raise $500 to create a library.  A campaign yielded books and money creating a collection of 1600 volumes.  (Mr. Rose also donated $6,000 to be used for the maintenance of a public high school within Wethersfield.) Again this was a subscription library.  Dues were $2/year for women, $3 a year for men or $25 for a life membership.  Why were dues more expensive for men?  Miss Frances Shedd, Librarian from 1922 to 1946, preferred “to think it is a simple recognition of woman’s neatness and respect for the property of others.”

This library was called the Rose Library and was housed “in the second story of the building on the corner next south of the Congregational Church.”  In 1872 it was moved to the upper room of the Congregational Chapel.  In 1893, with the library still in the Chapel, it became free to the general public of the town when the Library Association voted to merge with the free library just being established by the Town.  This was done by loaning the books to the town, which appointed directors.

A resolution passed at a Town Meeting stated, “The amount to be annually expended by the Town for the maintenance and increase of the Public Library shall be a sum not to exceed $100.”  In 1909 the Association voted to hold its annual meetings in connection with those of the Wethersfield Public Library and that the two organizations should have the same treasurer; also that the directors of the Public Library should be the ex-officio members of the Library Association.  A patron could borrow one book at a time for two weeks.  Miss Shedd was one of the earliest names registered in the new free library.

In 1893 Mrs. John Belden became Librarians until 1895.  In 1895 Miss Elizabeth Andrews was appointed Librarian at a salary of $50 a year.  In 1896 that was increased to $75 a year.  In 1895 the Town appropriation to the Library was increased from $100 to $200 and in 1896 the Town voted rather naively that “any amount unexpended at the close of the current year be used for the purchase of books.”  In 1896 Mrs. George Roberts became Librarian for 16 years.  She oversaw the move of the library from the congregational Chapel to the Academy Building.  From 1912 to 1922 Wethersfield’s Librarians were Miss Caroline Robbins, Mrs. Raymond Vesberg and Miss Belle Grigham.  Library Directors often substituted for the Librarian and performed many library tasks. 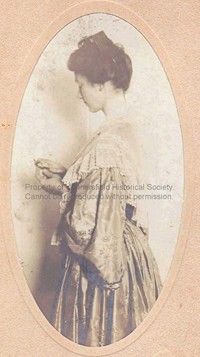 In the early 1920’s the Library was moved from the lower north room of the Academy Building to the upper floor.  In 1922 Miss Frances Shedd (pictured) became Librarian and guided the library until 1946.  In 1940 the Library was moved from the Academy Building to the Welles School.  In 1942 Mrs. Marcella Anderson, the Children’s Librarian, began a Traveling that visited each of the four elementary schools once every two weeks.  In 1946 Miss Shedd retired.  Upon her retirement Miss Shedd observed, “It would seem that the question of new library quarters is on the way to become one of the Town’s major issues.

Her prophecy was to be correct.

She participated in what may have been the fastest period of growth for the Library.

In 1947 the League of Women Voters did a town-wide survey to determine what extent library facilities were being used.  They discovered that citizens west of the Silas Deane Hwy. used the main library seldom.  The hours of the library in 1947 were: M, W, F 2-9; T, Th 2-5.  There were 2,336 registered borrowers.  A Deposit Station was located at 263 Brimfield Rd. in the home of Mrs. George Ellis.  Branch libraries, each open about 5 hours a week, were located at the Charles Wright and Col. John Chester schools.

In 1950 Mrs. Anderson stated publicly the need for a centrally located library.  In June of 1953 the 5-? year old branch at the Charles Wright School was closed because of a severe drop in usage.  The main reason cited for the drop was that a population almost universally employed, as Wethersfield’s then was, read little fiction and the Wright Branch’s collection was mostly fiction.  Also the branch was fairly close to the main library in Old Wethersfield.  The shelves were moved to the Col. John Chester Branch and its hours doubled to 10 hours weekly.

The 1952 Annual Report of the L ibrary Board stated “our space is used to capacity and the Welles School, itself in need of classroom space, offers no hope of relief.”  In May, 1953 the Friends of the Library was formed with Mr. Hugh S. Campbell as its first President.  In late 1953 Mr. and Mrs. W. A. Keeney offered the Library a site on which to build a new facility.  They were willing to donate a lot adjacent to the Helen Wolcott home at 431 Wolcott Hill Rd. in memory of their son, Ensign Robert A. Keeney.  This got the ball rolling on a course that would, after five years, result in Wethersfield’s new library and Town Hall.

The Library Board advised the Town to build a new library on the Wolcott Hill Road site, and this advice was accepted by the Town Plan Commission.  The Town did not follow through.  By November 1954 the Library Board asked Town Council to appoint a committee to study the need for a new library.  The Citizens’ Library Survey Committee was created and was chaired by Horace B. Francis.  The Committee submitted its report in March 1954.  It recommended a site on the corner of the Silas Deane Highway and the Church Street owned by the Town for building a $280,000 building and also suggested that the Town build a new town hall at the same site.

By early 1956 the Town Plan Commission was opposing the Deane-Church Street site and favoring a Town Hall/Library building on Welles Road between Folly Brook and Western Boulevard on land not owned by the Town.  On February 28, 1956 the Town Council overrode the Town Plan Commission and agreed with the Library Survey Committee’s recommendation to build on the Silas Deane and Church Street site.

In March 1959 the Traveling Library, begun in 1942 to visit the elementary schools, was cut to save money and because the more centrally located new library at Silas Deane and Church Street would serve the citizenry better than the Welles School Library had.  The PTA’s of the elementary schools protested, but the cuts were made. 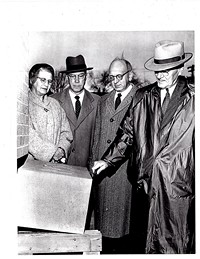 In the summer of 1959 the move into the library’s new quarters began.  On October 7, 1959 the new building was opened with Mrs. Marcella Anderson still at the helm.  This culminated many years of hard work and patient negotiating for Mrs. Anderson and Board President Charles A. Even.  Mr. Even had been president of the Board when the Library moved from the Academy Building into the Welles School building.

The new facility included a room honoring Miss Frances S. Shedd, Mrs. Anderson’s predecessor and Librarian from 1922 to 1946.  A special committee provided appropriate furniture and commissioned a portrait of Miss Shedd done by Mrs. John F. Halloran, which still hangs in the Frances S. Shedd Study in the library.

In 1968 Mrs. Anderson retired and Marjorie G. B. Buck became the Library Director.  In 1976 a Library Building Survey Committee was formed to study the needed expansion of the Library.  In June 1977 a plan was presented by the Town Engineer to the Library Board and accepted.  Also in 1977 the Capitol Region Library Council proposed a computer circulation system linking many of the public and academic libraries of the Greater Hartford area.

In March 1978 Mrs. Buck retired and Om Wadhwa became Director of the Library.  In early 1979 the library expanded into the new addition constructed on the south end of the Town Hall/Library building.

In June 1980 the Library Board voted to take part in the Capitol Region Library Council program designed to automate the circulation functions of the library.  Official participation began July 1, 1980.  By February 1982 enough patrons and books were entered into the computer database that Wethersfield Library became a “live” part of CRLC CircCess circulation system.  At this point books and other materials began to be circulated using computer terminals.

1983 saw our 350th anniversary of the founding of the first Wethersfield Library.

In 1998 Om. Wadhwa retired after serving 26 years at the Wethersfield Library.  Liz Kirkpatrick served as Interim Director until Suzanne Elliot was hired as Library Director in December, 1998.

In 1999 the Town approved a bond issue to build a new police station. Funds were included in the bond to move the town departments located on the Library’s ground floor into the former police quarters (located in the Town Hall) and then to renovate the vacated space for Library use.

Inspired by the prospect of additional space for the Library, the Library Board took advantage of this opportunity to address long standing space problems at the Library.  A building plan was developed  and in 2001 the Library applied to the Connecticut State Library for a $400,000 construction grant.  The grant was approved.  This grant, combined with the $750,000 approved in the 1999 bond and a $50,000 donation from the Library’s Trust Funds supplied the $ 1.2 million needed.

Library renovations began in 2006 and continued until 2009.  During much of the  renovation most of the book collection was placed in storage and  the Library operated out of a “mini library” in a 1,200 sq. ft. room on the ground floor.  In 2007, when the work on the Library building was mostly completed, the Library building was used as a temporary Town Hall while that building was being renovated. The Library stayed in its temporary quarters on the ground floor and the majority of the collection stayed in storage.  That began a strange period where people entered the Library by going through the door marked “Town Hall” and entered the Town Hall by using the door marked “Library”.

In the fall of 2008 the Town Hall staff moved back into their newly renovated offices and final renovations were completed in the Library building.  The Library re-opened on all three floors in February, 2009.   After almost two and half years in temporary quarters the Library was back in business!

The redesigned Library does a much better job of serving the needs of the public.  There are now nine meeting spaces: four study rooms, three conference rooms, a children’s program room and a large meeting room.  The area for children was greatly expanded and made more welcoming and functional and there is a separate area for teens. There are now twenty-two computer workstations and wireless access is available on all three levels of the Library.

About the Author: John Crowe.