Home » Articles From The Community » Houses of Worship

The passion of American ministers for political freedom in 1776 reflected their belief in religious toleration. 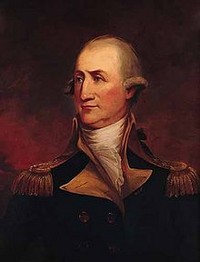 On Sunday morning, Jan. 21, 1776, at a church in Woodstock, Va., Rev. Peter Gabriel Muhlenberg brought his Sermon to a dramatic and unexpected crescendo. His text was taken from the book of Ecclesiastes.

Stepping down from the pulpit, the minister took off his clerical robes to reveal the uniform of a colonel in the 8th Virginia Regiment of the Continental Army. He had been personally recruited by George Washington. Outside the church door, drums sounded as men kissed their wives goodbye and strode down the aisle to enlist. In less than an hour, 162 men from Muhlenberg’s congregation joined the patriot cause.

The “fighting parson” was a common sight in the American Revolution. Why? Because American Christianity – anchored in a Protestant understanding of religious freedom – gave its blessing to democratic self-government.

For many evangelical ministers, unconstrained British rule not only represented an oppressive monarchy that trampled on their civil rights. It supported a national church, the Anglican Church, which they feared would impose its doctrines and practices on the colonies if given half a chance.

As dissenting Protestants, American churchmen were as passionate about religious liberty as they were about republican (or “Whig”) political principles. “By combining Whig political theory with religious doctrine,” explains historian James Hutson in Religion and the Founding of the American Republic, “the preachers forged an especially powerful weapon to mobilize opposition to British policies.”

Despite their theological differences, colonial Americans shared a singular doctrine about the nature of religious faith: It could not be imposed by force but must be embraced freely by the mind and conscience of the believer.

In this, preachers such as Elisha Williams of Wethersfield, Conn., drew as readily from political philosophers as they did from the Bible to defend a “natural and unalienable right of private judgment in matters of religion.” English philosopher John Locke was quoted frequently in evangelical sermons, not only for his political writings on the right of revolution, but also for his defense of religious freedom. “If the Gospel and the apostle may be credited,” Locke wrote in A Letter Concerning Toleration, “no man can be a Christian without charity, and without the faith which works, not by force, but by love.”

It is now widely assumed that religious toleration – a hallmark of the secular, democratic West – grew out of the 18th-century Enlightenment.

This may be true in much of Europe, but not in the United States. The evangelical preachers who supported the Revolution knew their Bible and believed it. They insisted that the gospel of Jesus upheld the rights of conscience in religious matters – Jesus never coerced anyone into following him, they pointed out – and that republican government would collapse without it.

Liberty of conscience became part of the American Creed. Embraced universally by the nation’s clergymen, it quickened the thirst for political freedom. “There is not a single instance in history in which civil liberty was lost, and religious liberty preserved entire,” warned John Witherspoon, the only minister to sign the Declaration of Independence. “If therefore we yield up our temporal property, we at the same time deliver the conscience into bondage.”

With convictions like that, it is no wonder the American Revolution brought the minute man and the minister side by side into the fray.

Read more about The Reverend and Colonel Elisha Williams

About the Author: Joseph Laconte

This article appeared in The Wall Street Journal, 29 June 2012, and is reprinted here with the author’s permission.